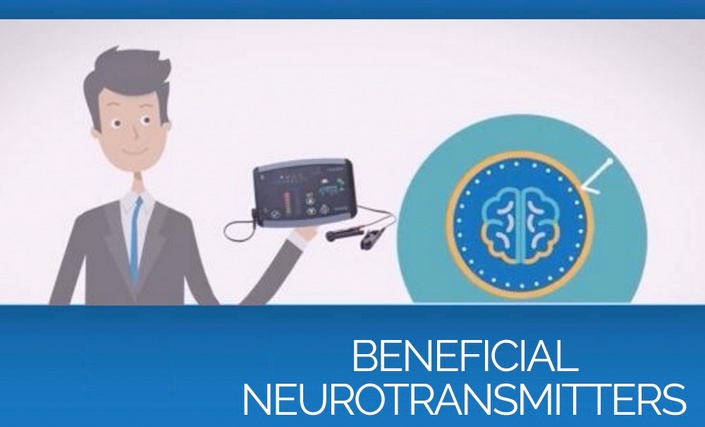 How to use a Cranial Electro Stimulation (CES) device

WHAT IF YOU COULD:

Welcome to the wonderful world of

Oh, the things you can do with a little box, two ear clips and a 9V battery!

In this course, I am going to show you how easy it is to use your CES unit to relieve what may be ailing you or to improve your performance in any field of endeavour. Here is what we are going to cover:

"Take this course and make the most of your CES device!"

Beautifully clear instructions on how it works and how to use it, with all the different functionalities. Thanks Dr Saunders for presenting it in such an accessible way.

You will love this course if you:

You've come to the right place!

What you will need: 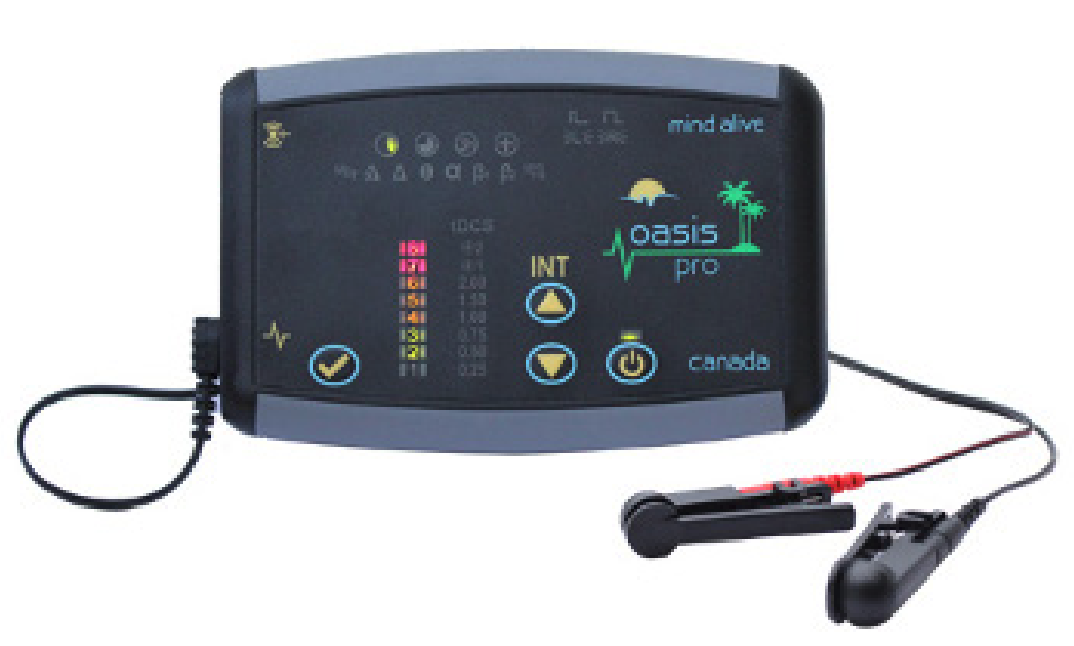 What you will learn:

It was practical, emotive-enhancing, and sparked interest. Thank you so much. I am sleeping better and feel focused. Not bad for a Graduate student wanting to get his Doctorate...at 50 :)

What is included in the course:

As a special bonus, you will have the opportunity to meet with Dr. Saunders online in a one hour, one-on-one, consulting session to discuss the challenges you want to overcome and the personal goals you are looking to achieve with your CES unit. This consultation would normally cost $250 but it is yours to enjoy for free with the purchase of your course.

What you can expect:

I have been using Cranial Electro Stimulation with my clients for over 7 years. You will find plenty of examples of how my clients used CES to successfully overcome personal or professional challenges and improve the quality of their life in our Success Stories.

To give you a taste of what is in store for YOU and your brain (which is reading over your shoulder right now by the way) consider the following very different cases:

Hard to believe? Not at all. Welcome to the era of Neuroscience! If you were to Google Cranial Electro Stimulation, you would get thousands of successful clinical research studies and scientific papers that have been published over the last decade alone.

This course will introduce you to some of the applications and benefits that can be achieved using a simple, inexpensive and highly effective tool. The quality of your life, health and happiness might well depend on it.

If you would like more information on Electro Stimulation and other health enhancing neurotechnologies, go here.

Love the simplicity by which he is bringing complex issues of Cranial Electro Stimulation down to an understandable and usable level. 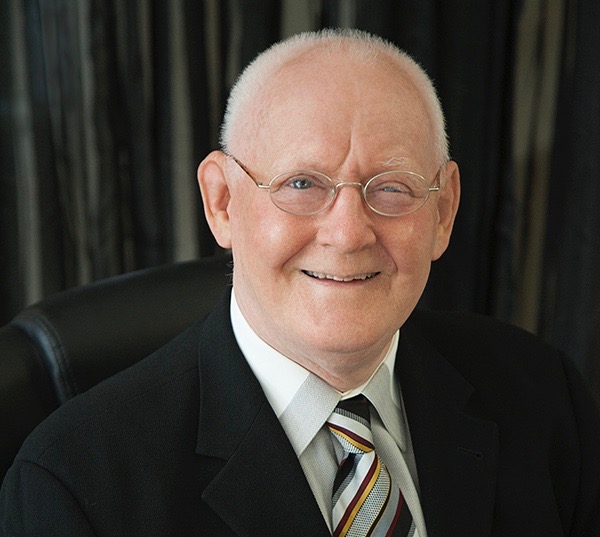 Neurotechnology, the science behind a Cranial Electro Stimulator, is a specialized field that’s is rapidly growing in importance every day. My intention with this brief introduction to CES is to help you get ahead of the curve and use this material as an on-ramp for your own research and personal applications.

The science has evolved immensely since I first entered the field in 1973 when I took my Masters in Applied Psychology. Part of the requirements for that MSc was that each of us students had to run a full Electro Encephalogram (EEG) brain measurement clinic at a teaching hospital. I remember wondering at the time how I would have managed if I hadn’t taken a first degree in Electrical Engineering.

During our clinic we often had to calm a worried mother whose child may have had photo-epilepsy or suffered Grand Mal Seizures. We had to accurately glue all of the 20 EEG electrodes on the child’s head, collect the EEG data, read the EEG report, notate and highlight any abnormalities we found, and submit a full report to the supervising Physician. It was intense.

This experience, and others like it, really laid the groundwork for my life-long interest in brain science. I went on to do my pHD in Cybernetics, the study of large, messy, complex systems, like our brains.

I had the opportunity to apply my nascent EEG knowledge to the then emerging field of Fighter Aircraft Pilot and Cockpit Information load design. At British Aircraft Corporation, we wanted to make the fighter pilot’s job easier. We built our own, very early, Brain Communication Interface by gluing EEG electrodes to the scalps of the pilots and connecting the output wires to a computer. We taught the computer to recognize the pilot’s brain’s‘pull the trigger’signal, and to pull the trigger for the pilot at the correct moment to hit the target BEFORE the pilot consciously knew it was time to pull the trigger!!

When the pilots got used to this perspective, they got comfortable letting their brain and the computer take over some of the workload.

Back in 1973 that was amazing stuff! Today a Brain Computer Interface is no big deal at all. Every technology has its own “Moore’s Law”, its own rate of improvement over time.

Brain technology really accelerated and ‘hit the knee of the curve’ for me in 2013 when I realized more fully that important and disruptive changes were happening in Neuroscience.

I had stumbled upon the field of Electro Stimulation, a science that, it turns out, has been practiced since the time of the Egyptian Pharaohs, and that is now being hailed as an important discovery (!) of our Third Millennium as it gains quickly in popularity and in the number of effective applications and treatments for which it is being recognized.

Did you know that if you were to conduct a brain scan on yourself, you would see different parts of your brain ‘light up’ for the different physical actions you were taking or the emotional feelings you were experiencing?

Did you know that Neuroscientists have almost completely mapped those areas of the brain and that we now know how to stimulate each area to produce a desired result (like changing a bad habit, for example, or repairing an ailing part of the body)?

This is how Electro Stimulation works its magic.

Of course, we have known for a long time that the signals sent and received by the brain are electrical in nature. It is no wonder, therefore, that so much research has been done in the last century to learn to:

~ Train the brain to reprogram itself

~ Correct what are sometimes called “deficits” by Neuroscientists.

If you would like more information on my work in this field, please go to www.thebrainreprogrammingdoctor.com.

I hope you enjoy the course. I look forward to getting to know you better during our one-on-one session when you enroll in the course.

"The course on Cranial Electro Stimulation is extremely interesting."

It is easy to follow and in easy to manage steps. Definitely a "Brian" opener! :)

We've worked hard on this course and are confident you're going to love it. We want it to be a no-risk purchase, so if you've selected the One-time Payment for Lifetime Access option and are unsatisfied with the course, contact us in the first 30 days and we will give you a full refund. See the FAQ for details and restrictions.

When does the course start and finish?
The course starts now and never ends! It is a completely self-paced online course - you decide when you start and when you finish.
How long do I have access to the course?
How does lifetime access sound? After enrolling, you have unlimited access to this course for as long as you like - across any and all devices you own.
What if I am unhappy with the course?
We would never want you to be unhappy! If you are unsatisfied with your purchase, contact us in the first 30 days and we will give you a full refund.